Imagine what it would be like; you’re trying to get in and out of an inflatable kayak. But suddenly, because of the imbalance of your body, you overturn into the water! Embarrassing right?

However, get into a kayak for beginners is quite a task. It might look as simple as pouring a glass of water from a bottle, but it’s much more complex.

Even expert people sometimes fail because of not paying enough attention while getting in or out of an inflatable kayak. These inflatable kayaking tips for beginners so, we will categorize this guide into two segments.

How To Get In Of An Inflatable Kayak – Step By Step Guideline: 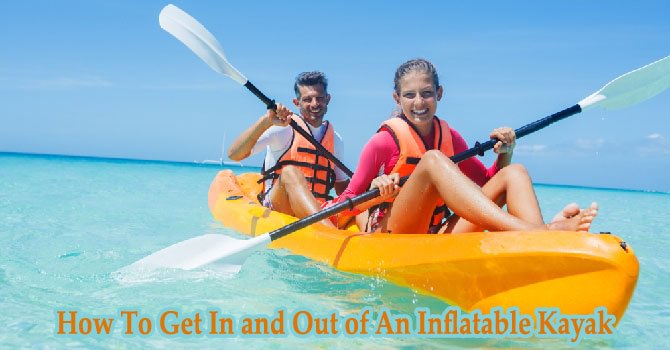 Getting in an inflatable kayak requires Four steps in general. 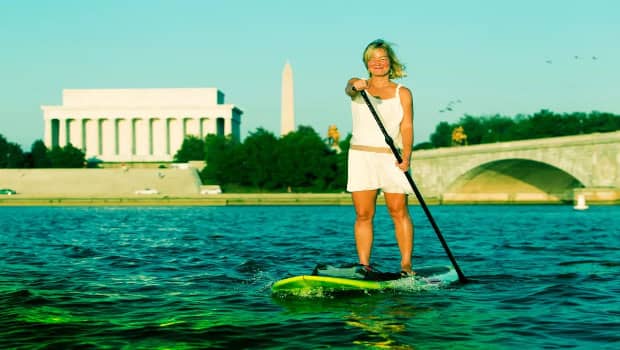 The first step of learning paddling a kayak is learning how to get in and out of the boats in kayaking.

One of the most common techniques is “The paddle wharf technique.” It always works well either of a dock or at the shoreline.

If you are boarding from the shore, start from the shallow water, where the depth of the water is not above your ankle.

First, start by placing your paddle just nearby the cockpit rim on the rear deck of your kayak so that your kayak is balanced perfectly.

Then step in front of the paddle, squat down, and grip the paddle shaft in the rear of the cockpit with both hands.

After that, pull the kayak gently towards you so that the paddle touches the grounds. Keep the pressure down so the blade stays in contact with the bottom.

Now use the paddle shaft and rear of the cockpit to support your weight. Then carefully put one leg into the cockpit, followed by the next, and settle into the seat.

Once you are comfortably seated, use the paddle to push off.

Be On Both Sides Technique

Another way to get into your kayak from shallow water is to straddle your kayak with one leg on either side of the kayak. Then, vertically squat down and settle into the kayak cockpit.

Now use the paddle to press against the bottom like an outrigger for balance. And gradually bring one leg at a time into the cockpit.

In this process sit in an inflatable kayak is much more preferable. Once you are settled in and comfy, you are all set to go for paddling!

Enter Your Kayak From The Shore 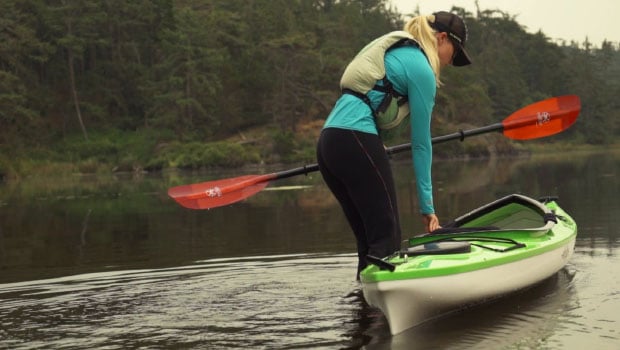 Entering into an inflatable kayak from shore is challenging if you have nothing to hold. It could be a rock or your friend, anything.

So the first thing you need to do is set your kayak in a position where you don’t have to struggle to take your kayak into the water after you get inside of it.

Remember, do not put pressure on your paddle. It can break sometimes.

Enter Your Kayak From The Pier 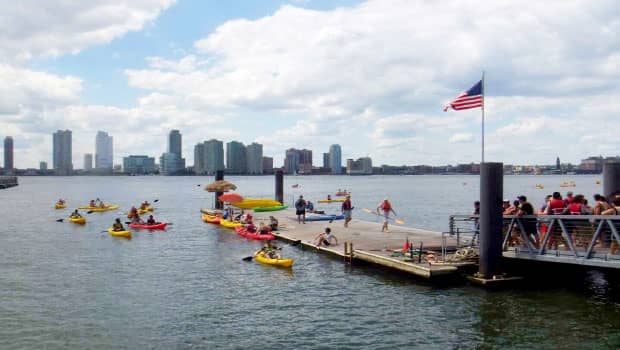 Entering your kayak from the pier is one of the most problematic kayak entries of all. Because in that case, the chances of tipping over are higher than the others. But it’s the most fun doing and exciting also.

Remember always check the water from where your launch into your kayak. If there are any obstacles, clear them away. You might get hit by an object if you accidentally overturn it from your kayak.

Getting Back Into An Inflatable Kayak: 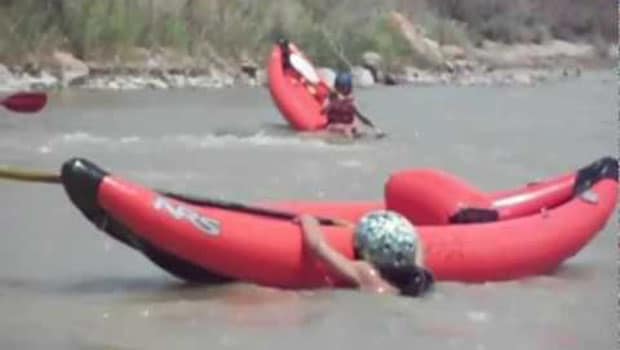 If you accidentally fall into deep water, how do you get back into an inflatable kayak? Entering into your kayak from deep water takes lots of strength and patience.

However, if you can maintain both, it won’t be that difficult to get in. 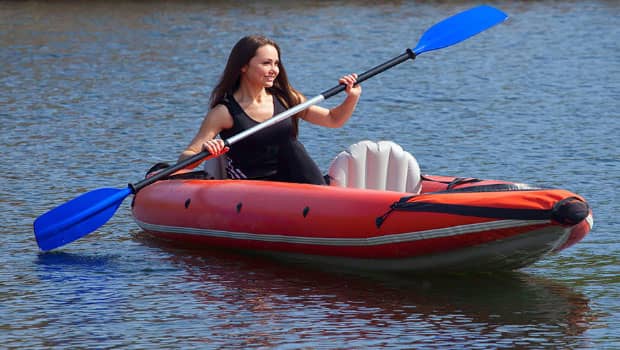 Well, steering your kayak depends on the methods of your paddling and body balancing. There are four different methods of paddling.

Getting Out Of An Inflatable Kayak 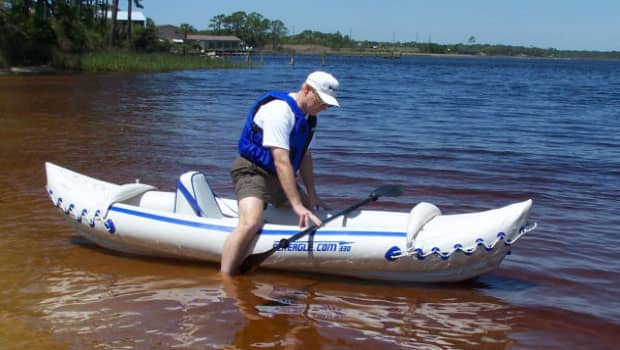 Getting out of an inflatable kayak without overturning it into the water is challenging. After paddling for a whole day, the next challenge that you face is getting out of your kayak.

In that case, you have to take the same steps that we discussed earlier in reverse.

But kayak exit for seniors is different. In their case, most of them are unable to do it by themselves, it’s obvious. In their scenario, follow the exact instructions but with the help of others.

While coming out of an inflatable kayak, tell one of your friend or family members to hold the kayak. After pulling out one leg, tell someone to grab one hand and pull him/her out from the kayak.

Get in and out of an inflatable kayak is tricky. However, you can tip down into the water in both ways if you don’t have the proper knowledge.

But if you follow our techniques correctly, you will have complete guidance on how to get in and out of an inflatable kayak.

Where can you use an inflatable kayak? Well, you can use your kayak pretty much every place where there is enough water to float a kayak. It includes ponds, lakes, and the river even in the ocean.

So do not forget to execute these techniques step by step. It’s not that hard; it’s just tricky. Having proper awareness about it will help you to have a good time throughout your kayaking journey.