What Is A Spinning Reel?

Purpose of the Reels​​​​

The use of the fishing reels is to help you control your fishing line, that is, how you cast it and how you retrieve it. An additional advantage of the spinning-reels is that they have a drag system that pressures the fish during the fight and eventually provides mechanical strength for winding the line after the catch. 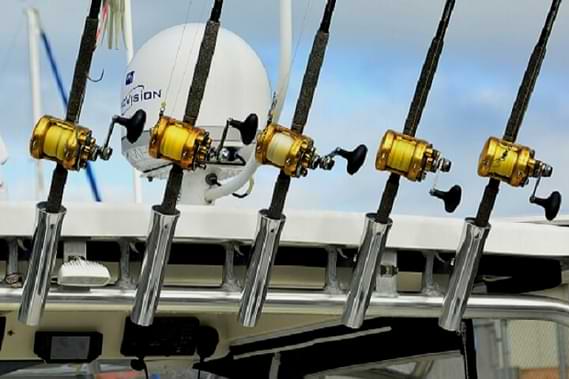 What Is A Spinning Reel

Spinning reels are popular with many recreational anglers because they are versatile and easy to use. The fundamental difference from conventional spinning-reels is that the fishing-reel is mounted parallel to the rod on the underside of the rod and that it remains stationary when casting.

During the cast, the line is uncoiled from the fixed spool by the lure or bait as it flies through the air.

When retrieving the fishing-line, an arched rotating pick-up mechanism or bail lays down the line on the spool, simultaneously reversing the twists that resulted from casting. Spinning reels are an excellent choice for light tackle and easy to use by less experienced anglers. However, they don’t have the sheer cranking power of conventional reels. Therefore they are not usually suitable for large saltwater fish.

Conventional reels have reels revolving on an axis perpendicular to the rod. There are a tremendous variety of traditional reels, ranging from small bait-casting models to gargantuan multi-speed offshore saltwater reels.

In general, conventional reels require a bit more technique when casting because of the tendency to backlash on casts in case of poor control of the spool by the angler. A mechanism called backlash prevention mechanism is available on some specialized models of conventional reels.

Power Assist electric reels are used for deep dropping to depths of several hundred feet or for kite fishing. They are big, fast conventional reels with an electric power assist. They clip onto a 12V battery, need plugging into a receptacle on the deck or use their Lithium battery pack.

They include an expanding range of control panel features like automatic jigging functions and LCD readout depth counters.

What To Look For While Choosing A Spinning Reel

The first option to consider while selecting a spinning reel is whether you are dealing with saltwater or freshwater.  Fishing-reels used in freshwater fishing do not need the extensive protection against aggressive corrosion brought about by exposure to seawater.

While reels intended for saltwater are pricier because they use corrosion-resistant materials such as anodized aluminum, shielded stainless steel or bronze bearings and forged aluminium spools. Such consideration is an excellent investment for both the fishing enjoyment and added durability.

Secondly, whether to use bearings or bushings should also be considered. In case you are not looking to spend more on a reel, then bushings are a perfect choice! Small, inexpensive reels use bushings on rotating parts because they are cheap, easy to produce and do not demand close tolerances.​

If a spinning reel is something you want to invest in, then it is best noting that quality reels use sealed ball bearings. The result is an intensely smoother action even under loads imposed by big fish, and it, therefore, reduces the likelihood of a line snapping under bulky weight.

Comfort is also an added advantage while using spinning-reels with bearings. More ball bearings are a good indicator of a reel’s quality and are undoubtedly well worth the extra cost!

Thirdly, whether a reel uses single or multiple gears is also something to consider.  All spinning-reels come with unique gear ratios, which is a measure of how many times the spool turns for one revolution of the crank.

For example, a lower gear ratio in a bicycle is more comfortable to crank but requires more turns. Gear ratios on spinning and bait-casting reels vary between 4:1 and 6:1. Used mostly, is a 6:1 ratio gear ratio for casting and retrieving traps that need speed to achieve their action.

Adjustable drags being a part of every reel also are an essential factor to look at while choosing a spinning reel. Drag is a friction mechanism that helps you adjust to the resistance required to pull the line from the reel. Changing the drag enables you to use different line weights and to pressure the fish during the fight.

​Some drag will allow you to set a “strike” tension to set the hook, then flip to a different preset strain while the struggle is on. Quality reels use proprietary materials to create drag-force that operate smoothly without temporary binding which can snap a line.

It also enables the angler to dial in just the amount of resistance needed to bring the fish to net. Depending on the reel in use, the drag will get adjusted by a knob, star gear or lever.

While choosing a spinning-reel therefore, it is essential to check whether it has a level wind mechanism for smoother functioning.

When choosing a reel, consider the weight and capacity of a line you will need for the fish species you intend to catch. Deep, V-shaped or skirted spools can take longer or can lead to a more massive fishing-line while shallow spools are more straightforward to cast because the fishing-line comes off more easily.

A line class and capacity for each reel is always listed when considering spool capacity. While using most spinning-reels, a combination with the next lighter or heavier fishing-line is possible!

A rod and reel work together to form a system. Therefore, the essential consideration in choosing a spinning-reel is to match it to the rod you will be using. A light reel for light action rods, and large reels for beefier rods. It is also worth noting that the more expensive reels have improved ruggedness and smoother actions or even both.

That said, and with the detailed explanation above, you can, therefore, choose a spinning reel that works for your skill and that which will last. Make your next fishing experience memorable by selecting the perfect spinning-reel.